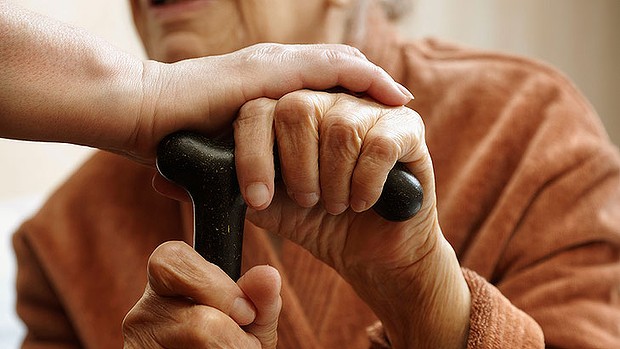 “Preparing people for death is one of the most empowering things we can do”, says Clint Cupido of the Abundant Life Palliative Care Programme, Victoria Hospital, Wynberg in Cape Town. For years this team has offered Palliative Care to those facing the end of life and their families, counselling, practical support and care. Their work continues in earnest.

You’ve probably heard the expression on more than one occasion, and if you have ever experienced the grief that surrounds the loss of a loved one, you will almost certainly agree with the thought. Fact is, dying can be inconvenient, painful, complicated, sad and sometimes quite scary. Of course, it’s also inevitable: despite our best efforts, death will eventually come to all of us.

Most people are uncomfortable with the subject of death and what it means for those left behind; the very word brings up thoughts of our own mortality. However, Dr Clint Cupido, a deeply caring doctor who heads up the Abundant Life Palliative Care Programme at Victoria Hospital, believes that preparing for death is one of the most empowering things we can do. Wherever possible, he says, patients should be given an opportunity to talk about what’s coming, to decide where and how it will happen – and therein lies the challenge.

A change in thinking for Palliative Care

As Dr Cupido tells it, conventional ‘wisdom’ suggests that terminally ill patients should remain within a clinical hospital until they die, but increasing demands on medical facilities – and more importantly, the best interests of the patients – make it clear that it’s time for a change in our thinking. Its also about the best interests of the patients. Whereas hospitals, and in particular initiatives such as the Abundant Life programme, will continue to deliver their essential services, says Dr Cupido, these can and should be supplemented by the practical and emotional support of the patients’ families and communities.

That said, he remains aware that there’s no one-size-fits-all solution for terminally ill patients. “This morning, I asked a patient where she would like to be when she died, and she replied ‘in hospital’. When I asked why, she explained that there was no one at home to care for her. I’ve had five of these hard conversations in one morning.”

Grief – 5 stages to the process

Fear of the unknown is a perfectly normal human emotion, says Dr Cupido, its also normal for people to be unpredictable when they know they are near the end of their lives. Logic and common sense can be replaced by very real emotions that can place a huge strain on families and other caregivers. We’re told that grief and loss are characterised by five stages – denial, anger, bargaining, depression and finally, acceptance. However, some of these stages may appear in another order, or may be entirely absent. 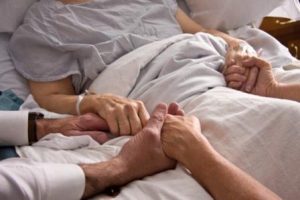 Says Dr Cupido: “We meet many patients who are more concerned about those they’ve leaving behind than themselves”. They worry about who will look after their children and who will pay the bills. We help where we can with our limited resources, but we also try to bring in the community’s assistance where possible. We hold group discussions twice a month with patients and their families during which they are encouraged to introduce themselves and talk about absolutely anything. This is a powerful and important element of the Abundant Life programme. We also have a help line they can use to call us at any time.”

Abundant Life at Victoria Hospital – In the beginning

Launching Abundant Life was an uphill battle, recalls Dr Cupido. “People are instinctively resistant to change, and the medical fraternity is no different.” In the beginning, he says, even those who liked the idea expressed concern about the probable strain on already limited resources, not to mention the cost of running an initiative that had not yet been given the nod of approval of the Department of Health. “We were told that South Africa did not have the money to finance palliative care.”

Not that he or his colleagues allowed this to stand in their way. Today, Victoria Hospital’s pioneering Abundant Life concept is receiving attention from hospital administrators and healthcare professionals across the country, and other major hospitals are reportedly following suit. Seven years after the launch of their groundbreaking initiative, Dr Cupido and his team are actively pursuing his dream of a hospital service with fully integrated palliative care programme. All their work is research-based, he says, and they have regular contact with universities and other institutions all over the world.

Volunteers and Sponsors needed for this excellent Palliative Care programme

All of this comes at a cost, of course. Whereas Victoria Hospital provides substantial funding for Abundant Life, there’s a shortfall that has to be supplemented by donations and external fundraising initiatives of various kinds, including a second-hand shop and generous support from the Rotary Club of Claremont. Some local doctors donate their time on a monthly basis and an Australian GP, Dr Roslyn Doyle, visits Cape Town for six months each year to work as a volunteer. (Dr Cupido has described her as “a breath of life” at a time when the programme was struggling to survive.)

Palliative care is an umbrella term, says Dr Cupido. “It encompasses hospital and hospice care, and in our case, a small team of professionals who work with volunteers in the community. We don’t have the resources on staff to deliver home-based care, so that’s where the community comes in. They spend at least an hour with each patient, three times a week. These volunteers obviously require training in palliative care, but we can’t wait 10 years to train them, because people are dying today.” 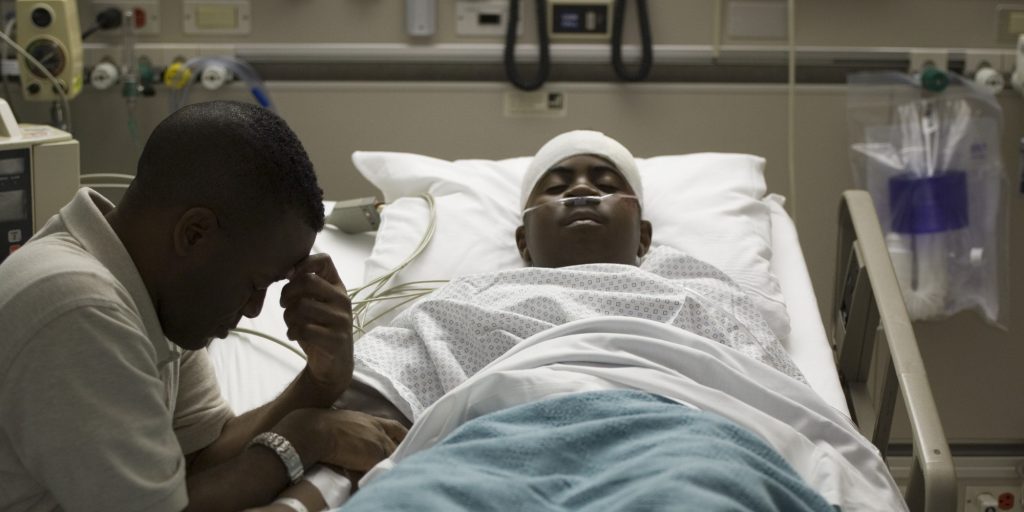 Abundant Life is much more than a palliative care initiative, says Dr Cupido, explaining: “We don’t look after dying patients; we look after people living with a terminal illness. It’s an important distinction. Our approach is holistic in that we also need to consider those left behind. Our inclusive approach includes the spiritual needs of our patients, whatever those may be. Recently, for instance, a patient asked the family to bring in a sangoma, and that was fine with us.”

Interestingly, says Dr Cupido, some of the biggest “killers” in 21st century South Africa don’t receive much attention. “You’ll find that 95 per cent of hospice admissions are cancer patients, whereas the under-publicised villains are organ failure, infections, heart attacks and strokes. Remember, the cause of death stated on death certificates is not necessarily the root cause.”
Abundant Life staff – how we care for the carers

Not surprisingly, palliative care – and everything that goes with it – can be emotionally draining for even the most seasoned health professionals. Says Dr Cupido: “I have experienced 1 500 deaths over the course of seven years, and of course it gets to me. I actually see a psychologist to help me deal with the aftermath. We’ve also just launched a group debriefing session for our staff, and it’s great. These are professionals, to be sure, but they also take the deaths personally.”

How personal does it get? “Well, I live in the community we serve, and I’ve had someone knock on my door at 4 am to tell me his mother has just died. So yes, it’s personal.”

Abundant Life – Looking ahead for Palliative Care at Victoria Hospital

What’s next for Abundant Life? Dr Cupido is firm on this one: “First, our work needs to be recognised by the Department of Health. We’ve been providing this essential service for seven years, so our credentials are sound. Next, we need money and more human resources, including many more volunteers. Other hospitals have been asking for similar programmes, and I’m working on providing the means to do that.”

What prompted his shift from conventional medicine to a focus on palliative care? Dr Cupido doesn’t hesitate: “There’s an enormous need for it, and it’s the right thing to do. In fact, I plan to study for a PhD in palliative care… it’s where I want to be.”